Situated near the village of Machchafushi, in the south east of South Ari Atoll, this is the  wreck of a bulk cargo ship some 44mtrs long. She sits upright in 31 mtrs of water on a sandy bottom, her masts still rising to within 10 mts of the  surface. She is covered in life from bow to stern and attracts large shoals of horse eyed jacks, and snappers. The superstructure is situated aft above the engine room. The Galley, helm radio mast and funnel are all interesting features. Forward of the bridge is a crane with its jib pointing forward, the control cab easily accessible. One continuous hold runs towards the bow, home to many spinney lobsters. Her fo’c’sle is accessed from a deck hatch and her anchor chain runs out to the nearby reef. 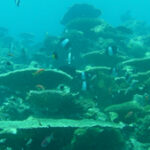 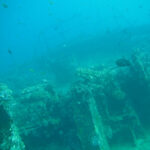 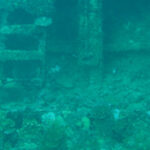 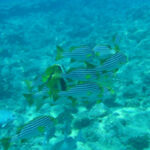