#358: Diving by night with nurse sharks

Idea #358 – Diving by night with nurse sharks in Maldives

Nurse fawn Sharks (Nebrius ferrugineus), presents in the Indian Ocean and the western Pacific, are animals in the rather night-customs. These sharks measure up variable which can reach 3,20 meters. Provided with nasal depressions, with more or less long barbilles, and with spiracles youngs behind eyes, they possess two moved closer enough dorsal fins, and an anal. These sharks feed on crabs, shrimps, spiny lobsters, squids and octopuses, and sometimes of soft corals, sea urchins and tuniciers which they find on the bottom thanks to their sensory barbilles. They evolve in grounds of shallow depths. Of night, it is possible to observe them in groups, counting several about ten individuals. Without any danger for the Human, unless we assault them, they rub themselves gladly to the divers, with a lot of curiosity. 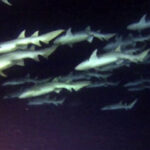 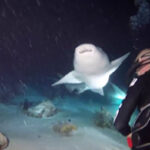 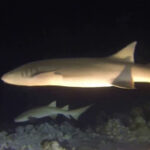 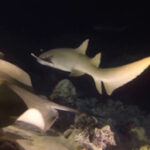