The national park of Uda Walawe is in the South of Sri Lanka, in approximately 190 kilometers from Colombo, between the national parks of Hortons Plain and Yala. On his 300 km ² of surface, he possesses a fauna as rich as his two big neighbors, in particular thanks to the small lake of the dam raised on the river Walawe, which establishes a permanent water source for a multitude of wild animals. Forty three types of mammals took up residence there, among which of the buffaloes of water, deers axis, macaques with fur hats, grey entelles, foxes, wild boars, leopards, mongooses, sambars, but also about hundred eighty four species of birds, peacocks, marabouts, wading birds, eagles, without counting crocodiles, thirty species of snakes, lizards and other varanuses. Further east, the national park of Yala or national park Ruhuna, indicated as a sanctuary of wild life in 1900, is the second biggest national park of Sri Lanka. This park presents a big variety of zones, wet or dry, as well as a very big population of animals and birds. We opted for visiting both, without regrets! 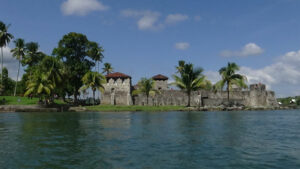 #707 : Observing the unique biotope of Rio Dulce in Guatemala 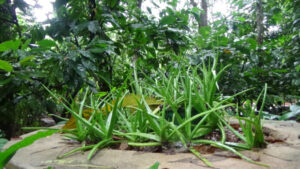 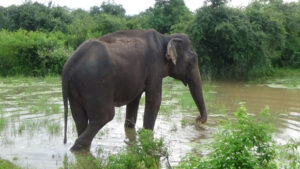 #381 : Observing the elephants of Sri Lanka