It happens that your video .mp4 GoPro is unreadable,usually as a result of an unexpected shutdown of the camera, after a violent shock, excess heat or battery failure. It is very likely that the camera app is not had time to close the recorded file, making it unusable.

Here is the procedure to follow to save your videos, in the majority of cases:

First of all, check that the file is not empty (> 0 kO), or is not filled with zeros (by opening it in the windows notepad for example). If it is not empty, there is hope!

Use the camera's SOS mode

Before any other manipulation, turn off the GoPro,reintroduce the card, and turn on the camera. It is likely that the "SOS" message will appear,which means that the camera has detected the corrupted. By pressing any button, the app will rewrite the missing code fragment and make your file readable again. At the end of the repair, the red LED flashes once.

If the previous manipulation does not work, you can use this script developed by Tchiers,which allows you to retrieve the video stream only. We give you below the instructions for use:

To use the software, on windows: 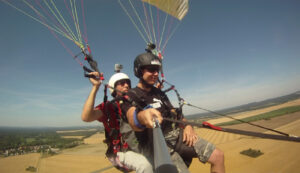 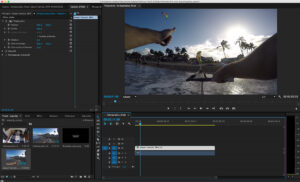