#764 : Observing Nepalese wildlife on foot in the jungle in Chitwan

Chitwan National Park, or Chittawan (meaning “heart of the jungle”), is Nepal’s oldest national park. The park is located in the south-central part of Nepal, in the lower part of the country, the Terai, at the foot of the Himalayas in the districts of Nawalpur, Parasi, Chitwan and Makwanpur. It covers more than 932 km2, presenting a varied and lush subtropical landscape, with tall grasses and forests with sal, a large local tree used as wood for carving. There are also many marshy areas. This astonishing diversity makes it possible to shelter more animal species in great danger of extinction, such as the Rhinoceros in dien, the Bengal tiger or the gharial crocodile of the Ganges. The park was created in 1973, and was inscribed in 1984 on the UNESCO World Heritage List.

One of the original ways to observe wildlife is to travel there on foot, with local rangers. Starting from a descent in a canoe to observe the crocodiles, you will have to travel through the jungle, despite the leeches (watch out for your legs and your feet!) to approach, perhaps, the one-horned rhinoceros, and most certainly come across deer , deer, or monkeys; avoid the tiger, however! 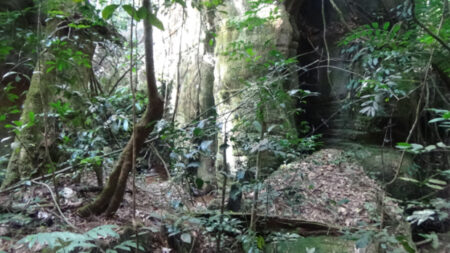 #300 : Looking of adventure into the Indiana Jones’ Canyon in Guinea