# 258: Visiting Czar Samuel’ city on the edge of Lake Ohrid

Ohrid is a city of the southwest of the Republic of Macedonia. The city of Ohrid was founded during the Antiquity, and is then known under the name of Lychnidos. It possessed an ancient theater and an Acropolis. After the Slavic invasions of the beginning of the Middle Ages, the city becomes in the IXth century a big religious and cultural center. Saint Clément of Ohrid established there then a big monastery and participated in the establishment of the Cyrillic alphabet and the bulgaro-Macedonian culture.

A century later, Samuel Ier of Bulgaria mades of Ohrid the capital of his empire. The city quickly got bigger,was protected by a fortress; it became the seat of the Patriarchy of Ohrid, created by Samuel Ier. The arrival of the Fourth crusade to Constantinople in 1204 precipitated the Byzantine Empire into the ruin. It was divided in diverse States, as the Empire of Nicée or the Despotat of Epiré and Ohrid found himself in the Kingdom of Thessalonica, one of the Latin States of East set up by the Crusaders.

The city of Ohrid was conquered by king of Serbia Stefan Uros IV Dusan in 1334. This sovereignwas crowned emperor of Serbs and Greeks in 1346 in Skopje, who becomes the capital of its empire. At the end of the XIVth century, the Serbs are chased away the region by the Turks, led by sultan Bayezid Ier. The arrival of the Turks and the Islamization of the inhabitants had an impact mattering on the city, which changes face. The first Turkish monuments are built from the beginning of the XVth century and the Saint-Pantaleimon monastery is converted in mosque, as well as the cathedral saint-Sophie in the XVIth century.

From the first half of the XIXth century, the city of Ohrid is the craddle of the fast development of the Macedonian nationalism. Today, Ohrid is considered as the tourist capital of the Republic of Macedonia ; in consequent, Ohrid counts a very important number of hotels and restaurants. The tourists are attracted by the numerous archeological sites, the monasteries, the old town, the unique landscapes, the nature and the lake of Ohrid. Samuel’s fortress, which dominates the city, counts 18  towers and four gates. Among the uncountable medieval churches of Ohrid are also those of the monastery Saint-Pantaleimon, Saint-Dimitri, Saint-Constantin-et-Hélène or still the Sainte-Vierge-des-Hospices. They are quite decorated with frescoes and form perfect examples of the Byzantine religious architecture. Let’s go visiting. 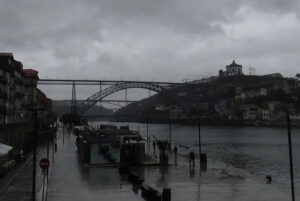