The Giants’ Causeway (in Irish: Clochán na bhFómharach “the small stony heap of Fomoires”) is a volcanic formation situated on the coast of Ulster, in Northern Ireland. Situated in 3 km in the North of the city of Bushmills in the County of Antrim, in the northern extremity of the plateau of Antrim, the site is formed about 40 000 hexagonal and vertical columns, which results from a basaltic fluid lava flow expelled in Cénozoïque, approximately 40 million years. The fast thermal contraction of the lava during its cooling created the hexagonal fracturing in columns, perpendicularly on the surface of the ground where the casting opened itself. The columns, affected by the sea, evokes a pavement which begins of the base of the cliff and disapears in the sea.

According to the legend, “two enemy giants, lived on each side on the sea, the one shells it, called Benandonner, and the other one in Ireland, named Finn McCool. The Scottish giant spoke about his rival Irish as about an untidy and cowardly person until the day when this one, cut to the quick, tells the Scot to come to fight to prove him that he was the strongest! But how to cross the sea ? The Irishman threw stones in the water to build a road between the Scotland and Ireland. But when he lives to approach his opponent, the Irishman was panicked because he was much smaller than his opponent! He  ran to ask advice from his wife, Oonagh, who just had time to disguise him as baby before the arrival of the Scottish giant. In the latter, she presented her “son”, who was other than her disguised husband. The Scottish giant, seeing the size of this “baby”, became afraid. Terrified at the idea of the size of the father and consequently his power, he took to his heels and turned around in his lands of the Scotland by taking care of  unsettling the road so that the Irishman does not risk to join his island“. The site is registered on the UNESCO world heritage list since 1986. 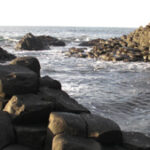 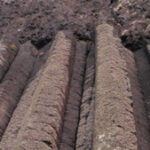 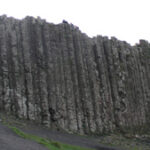 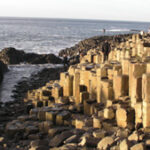