#16: Diving into a school of blacktip sharks

The blacktip shark (Carcharhinus limbatus) is common in tropical and subtropical coastal waters of the whole world, in particular in South Africa. It has a thick, spindle-shaped body with a sharp snout, of long branchiales cracks and no crest between dorsal fins. Most of the individuals have points or black edges on the pectoral, dorsal, pelvic fins and the caudal fin. It reaches a maximal length of 2,8 m. Fast, energetic hunters of fishes, the blacktip sharks are capable of jumping outside the water to attack benches of small fishes. Normally suspicious to the man, they can become aggressive in the presence of food and were responsible for a number of attacks on the human beings. For these dives, it is necessary to attract them by feeding ; the divers dive then into the increasing bench, which eventually reaches about twenty sharks, very curious, teasing, and sometimes inquisitive. 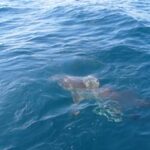 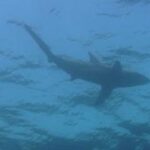 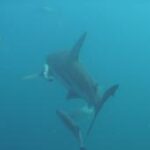 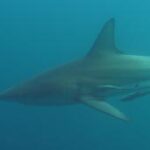 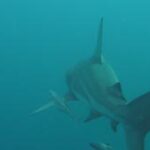 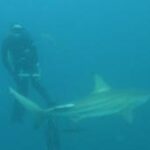 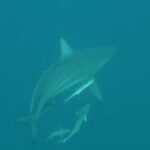 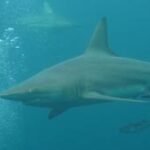